The Voice And The Personality 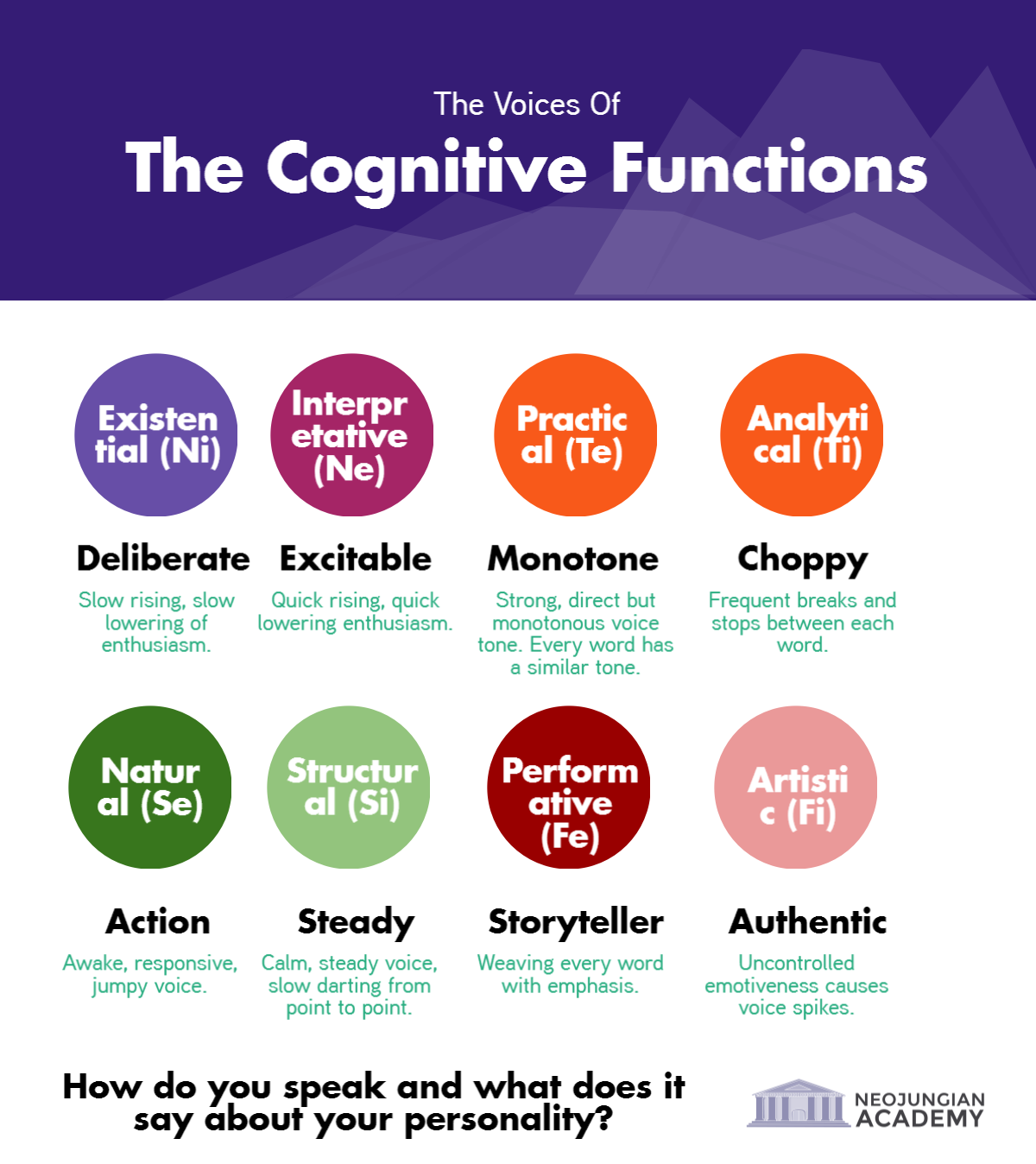 Note that this is just a theory based on personal observations. We can’t back up our claims on visual typing with any studies or statistics as of the moment. So consider this article more as something written for fun.

It usually takes a longer time to know where a Ni-type is going. A Ne type takes you through each step in their thought process.

Every voice has a quality or vibe

Because we have all learnt to notice these differences, we’ve learnt to associate them with personality. Someone with strong extroverted thinking may be perceived as more aggressive and direct. An introverted intuitive is often questioned for having hidden motives – their voice always sounds like it’s going somewhere. An extroverted feeler is perceived as more warm, passionate and animated.

Can you please provide references? Or did you just make this up with little to no research?

Since this is a post based on personal observation I can give you no references. This is not proven theory, it is just for fun.

Its just a theory. 🙂