Stereotypes About Judgers And Perceivers 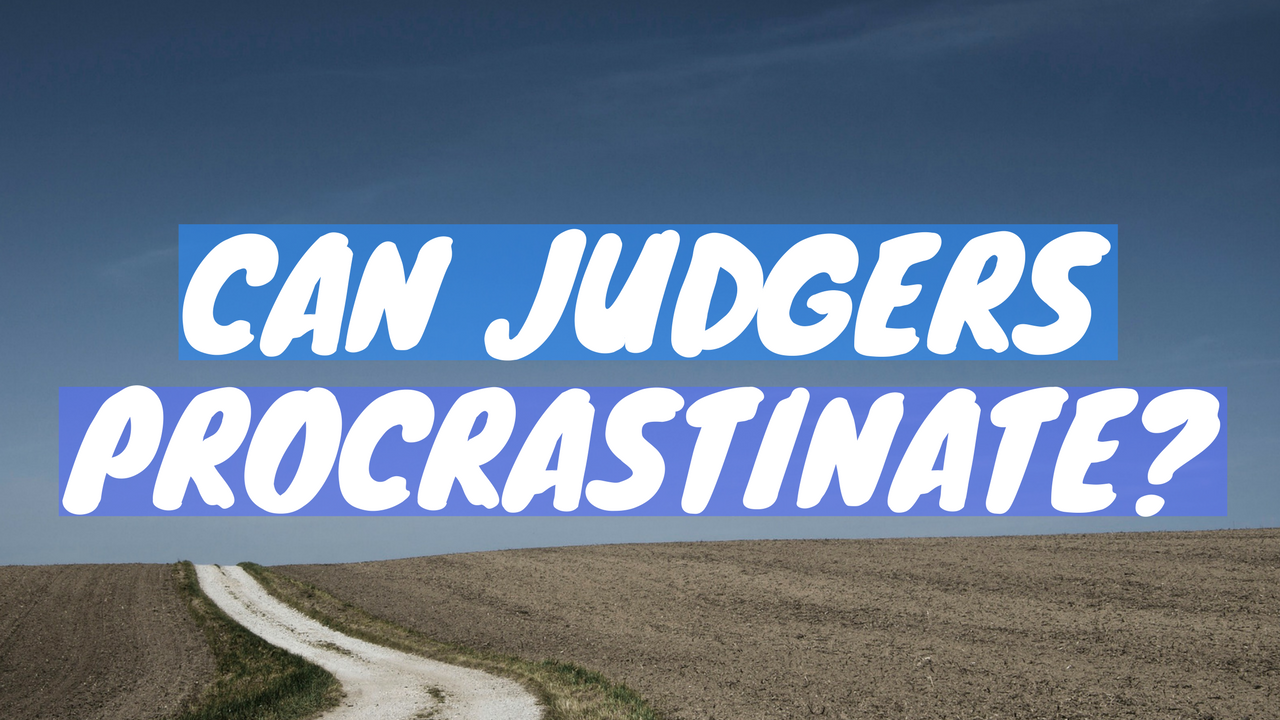 Many job employeers are quick to screen out perceivers, favouring judgers for their control, organisation and direction skills. This is all based on common stereotypes about judgers and perceivers. But the employers have been fooled by the MBTI. Judging and perceiving doesn’t test a persons ability to manage stress or to organise your life. It only shows what areas we tend to have more control over, and which areas we tend to have less control over. It may be that many immature judging types project a false sense of control that MBTI tests miss. And it may be that many mature perceiving types appear scattered, but are in actuality more organised than they seem.

Stress is a motivation

It is said that a person has two balancing inferior functions that play a clear role in their psyche. But it is rarely said why we let this happen. I believe I have found out the reason why ENFPs can fall in the grip of SJs, and why ENTJs can “suffer” from inferior feeling perceiving. The key answer is this: stress is a source of motivation. And any healthy person will show the ability to manage stress.

Just as you have INFPs that have developed to struggle with stress and anxiety, you will have compulsive and hyperfocused INFPs. The kind that acts more to resolve stress and anxiety but not out of joy or a genuine sense of motivation.

You will encounter many people – some angry, some stressed, others sad, or worried, or carefree. Maybe some that are more hippie-like, or passionate, or curious, and you will be quick to want to produce typing related stereotypes about them. In order, perhaps ESTP, ESTJ, INFP, ISFJ, ENTP, ESFP, ENFJ, ENFP. I would advise you not to do that.

Perhaps the most confusing dichotomy in the world of the MBTI. Judgers are typically stereotyped to be stress driven, boring types. Perceivers are described as lazy but passionate types. There is a tendency to describe perceivers as out of control, and judgers as in control. But often, this is based on a narrow vision of what control is. You can seem like you have it all together, but that doesn’t mean you actually do. And you can seem like your life is a chaos, but at the end of the day, you somehow always manage to stay on top of it. The immature judger often does the former, and the mature perceiver does the latter.

Judging represents an attitude that is proactive, linear, long-term, and structured. When a judging type has a plan or a sense of direction, and they move towards that, they feel relief and calm. When they don’t, they become stressed and tense. Judgers don’t care about application as much as plan. This creates a tendency amongst judgers to get stuck in the planning stages.

They don’t care about how to put things into action exactly, or how a plan is going to work, but they look more to general, broad plans. Judging can seemingly come from nowhere. It’s just an instinct of where you want to go next. There is nothing better to a judging type than to have a plan or a sense of direction – and generally, the plan is of a linear nature.

Perceiving is adaptive, short-term, open to changes, and receptive. It is about how we do things, it’s about what we do. Perceiving is first hand focused on the here and now. It is always working in relation to something, a schedule, a person, or something in the environment. And it presents itself when given a request, or when asked a question. The perceiver forms a quick opinion about what it thinks about what it has been asked and how it wants to respond to it.

Long-term plans, directions, and broad brushes are only considered last. Adaptive types are primarily driven by responses to things. Adaptivity is action in response to something. Proactivity is action driven by inner impulses. The perceiving type becomes relaxed when they can respond to and clear up problems in their environment, and there is nothing more relaxing than putting your environment to order.

In more childish judging types, and in judging types as kids, students, and sidekicks, rather than main players of their own lives. You will meet these people, and you will notice that while they have big plans and a general direction in life, they appear to be taking no steps to get there.

They seem to have it all together, but then you meet them next year, and they’ve done nothing. Young judging types can have an amazing ability to dream big, and to completely miss any sense of realism. The judging type promises sunshine in the future but doesn’t deliver. You ask them how it is going, and they rarely give any practical answers. The problem isn’t passion, they have plenty of that, the problem is sitting down and being able to get your hands dirty.

These judgers are constantly so caught up with life. They adjust with new changes, with new issues and obstacles, so much that they completely forget about their general direction. They are doing everything to meet outer demands and needs. These stress personalities are too busy helping their friends, and helping others with projects. They are pushing themselves to be flexible. They try to be realistic, and to be open to anything. And they are always doing something, but they never have time to sit down and work towards their longer direction.

The compulsive judger always has this voice inside them telling them to get back on track. They feel visibly frustrated with themselves and with the situation. But their lack of boundaries or confidence can keep them from doing anything about it.

But when it comes to their goals, they appear to be neglecting their bigger vision. If you are in this pattern, you need to take a step back and to think about setting bigger boundaries. Be open-minded, but not so much that you compromise your own plan or goal. Trust me, that will only hurt you in the long run.

When a judging type is able to aptly respond to changes and interruptions, but not so much that they compromise on their goals and their plans, they show maturity and excellence. You will find these types to be goal-oriented, self-directed, and always with a plan or a set path or course.

But no matter how much, they are always open to taking a short detour when offered. They realise that they have much to benefit from distraction, in terms of novelty, new perspectives. And they realise that their sidequests can add to, and don’t have to take away from their main quest.

What you will find about the perceiving types that lack maturity is that they are constantly brainstorming changes and new options, but never seem to get out of the drawing board. They are always doing something, jumping from one problem or obstacle to the next, but they never complete the project or the plan in itself.

You will be surprised by how “busy” these types seem, without being busy at all. Everything they do is a distraction, and it’s easy for them to lose perspective, chasing all the easy fruits, while distracting themselves from the important fruits that require you to reach a little longer.

When the perceiver procrastinates, it is usually on the project or the important things. Because of this, it’s easy for a boss to look at a perceiving type as “lazy” – they never seem to do what they were told, even if they are always doing something. But judgers can be just as fancy procrastinators. They are just better at hiding it.

These stress personalities will always have a big plan. They have a longer course, a project, or a bigger thing they are working towards. The problem is that they wont enjoy their way there. Their direction is almost compulsive, everything must be according to their standard.

Everything needs to be neat, in order, and according to schedule. If a problem or obstacle comes up, they will just run through it, breaking anything that keeps them from it. They don’t care what they have to do to get the job done, they just get it done. There is only the way, and no other possible alternative course. Often, the key for these types is to take a step back and to ask yourself what really matters to you. Let there be a plan, but don’t let it cloud you from options.

These types have been able to balance and integrate their judging side without falling in the grip of it’s common stressors and issues. Mature perceiving types can plan and work towards projects, but make sure to divide their projects into smaller steps and procedures, allowing themselves quick and easy steps on the way there.

Mature perceiving types use calendars and tools to plan their life in a way that doesn’t suppress their need for adaptation and change. There is a plan, but it is always open to a new route, should one present itself.

Often, the problem with the stereotypes about judgers and perceivers is that it fails to factor in maturity, development, and boundaries. It doesn’t study the health of the person, or their situation.