ENFPs, according to the classical MBTI literature have been described as enthusiastic, curious, investigative, upbeat, friendly, and many other positive terms.  However, no human being can possibly remain in that state forever…. It simply wouldn’t be realistic to say the least.  Most notably for ENFPs, it is pretty well established that their emotional highs can be very high and positive while their lows can go towards the opposite extreme.

In my last article, I described the flow-state that ENFPs attain….and let’s admit it:  It’s a pretty downright lovely place to be in.  To contrast this, I want to discuss what it is like to be on the opposite end of things: When ENFP’s feel highly trapped, depressed, stuck in a rut, etc.  Admittedly, this state occurs in all types, and as a result, it would be valuable to generate a sense of what ENFPs specifically go through when they feel as if the world is dragging them down, and they simply don’t know how to productively cope with these hard times.

Within the Neojungian framework, such a state has been described for all types when their energy and motivation reach a low point and likewise, when their anxiety and stress inundate them.  This state is called the ‘Rival’ subtype, and it represents the polar opposite as the flow/’Hero’ subtype.

Accordingly, the ‘Rival’ state is represented by the four opposite letters (based on the Myers-Briggs dichotomies).  For ENFPs, this state is signified by the ISTJ code, and most notably those aspects of ISTJ that are commonly repressed by ENFPs.  (Of course, ‘Hero’ ISTJs will contain the most constructive and flow-like components from the ISTJ Intelligences.  That is different from what is described in this article).

So what is it like for me in my ’Rival’ subtype?

Neojungian typology has identified six Intelligences that are associated with ISTJ.  They are IS, IT, IJ, ST, SJ, and TJ.  In precisely the same way that I described my own flow subtype (as an ENFP representative) using certain Intelligences in my prior article, here I will describe my own unique ‘Rival’/‘in-the-grip’ state.

I tend to value a highly harmonious, open, and friendly atmosphere the most (which is signified by EF Intelligence).  However, when become in-the-grip of the Rival subtype, I can all of a sudden switch to a very picky, scrutinizing, hyper-critical, and over-calculating person.  I feel like I have completely lost my tolerance and suddenly become very mean-spirited to others.  I can begin to silently bear grudges against people with whom I used to feel positively associated with.

It feels like I am entering a dark cloud of anger, coldness, resentment, and brooding as I begin to feel disconnected with others and as if it is ‘myself against the world’.  I can easily channel the energy of Darth Vader while in this state, and I have the “Imperial March” playing as background music in my head.

I also enter a highly antisocial state, where I become the know-it-all who can complain about the general ignorance of those with more of a softer or even politically correct style.  If something isn’t logically consistent, I will often reject it as something of an ‘inferior quality’.  This often completely flies in the face of my more accepting style (especially when I am in a more equanimity-filled ‘Hero’ subtype.

I find this state to be really challenging for me to cope with, especially when I know that I generally have a lot of goodness, benevolence, and compassion, and it considerably pains me to be in such an oppositional state, even for the briefest amount of time.

As stated in my previous article, I tend to value a place of deep interpretation of the events in the here and now (EN).  This allows me to observe what is happening around me and to interpret events (mysteries, puzzles, etc.) in light of any visible clues, hints, etc.  However, when I enter the ‘Historical Intelligence’ mode, the dynamism that occurs with active investigation and interpretation of a topic is replaced by its preservation and conservation.  It becomes easy to take things as givens within this particular domain, and to blindly endorse and support them as if they are Divine Truths.

When I enter this mode, I feel like a minuscule cog within the larger machine, and I feel as if I have no voice to affect change.  Whatever I happen to believe in is an area that I must follow/obey for the rest of eternity, and there is no reason to suddenly change the way that I feel about it.  It is what it is.  I feel that blind acceptance while staying the course (even if the ship sinks) is a large part of this state.  It undoubtedly robs me of the opportunity to gain awareness of any novel insights around me, and places me in a very lulled and uninspired state of awareness.

Generally, I really value being in a space where ‘anything can happen’ and that there are a myriad of ways to associate multiple items.  To me, this carries a certain freedom and a state of creative play amongst all sorts of emergent possibilities.  All of this is a product of the NP Intelligence.  However, to inhabit ‘Organization Intelligence’ is to abandon the free-flowing, associative quality, and to spend greater time hyper-focusing solely on the single item or detail in front of me….Did I dot my I’s and cross my T’s?  Did I lock my door when I left home?  Did I forget my passport or wallet at home after leaving to the airport, when I am already extremely late for my flight?

Within this Intelligence, I am often oblivious to the myriad of possibilities that may exist in this moment.  At the same time, I feel essentially forced (often by outer influences) to enter a single path:  One that commonly can make me feel robbed of the freedom that choice often brings.

I can often go into analysis-paralysis here, as I can largely dwell for hours at a time on one particular topic that concerns me, without an easy way to shake things up just enough for me to create space between myself and that disturbing topic.  Stuckness can readily place me in this mode, where I feel that I am miles away from the blue sky that freedom and options evoke.  Here, the sky looks all grey to me.

Generally, I will value the type of humanistic and interpersonal diversity, where I will tap into the perspectives and opinions of many people in order to have a greater sense of where each one is coming from (FP).  However, when in the ‘Rival’ subtype, there is one perspective and only one perspective:  Most notably, the one that effectively and impersonally gets the job done.

In TJ mode, I aim for the blunt, the hardcore, and the plain and simple truth.  I admire people who “tell it like it is” and I aim to do the same in a highly direct manner.

Usually, when I am in this mode, it is because I am aiming to problem-solve my way out of a jam or a crisis that I found myself in.  I am certainly not in any casual/laid-back mode when this is taking place.  I simply want a direct answer or direct guidance from some authority figure as to how I can remedy my current situation.  The Robert Frost quote, “The best way out is always through” couldn’t possibly be more true at this time, and I will apply either my own or another’s direct logic towards forcing my way through anything blocking my path.

Typically (in the ‘Hero’ state), I value a highly response-ready pace (EP) that can adapt as needed to whatever situation may arise.  However, when I enter the ‘Rival’ subtype, I shift to a mode that is highly deliberate and plodding.

I feel overconfident about any one solution or one path that needs to happen, and I am willing to remain steadfast in a long-term battle (if necessary) to support it to the bitter end.  This may isolate or alienate me, and I am completely aware that there could be significant consequences for staying the course in such a battle (that perhaps I cannot win).  However, as an ‘individualistic leader’ (under high stress and internal anxiety), I recognize that there aren’t too many alternative solutions to improve my life in the immediate moment (at least from my current vantage point), and it is better to persist over the long term without anyone telling me what to do.

Very often, desperation is the driver of this particular state, and this can be the best last-ditch effort that I can make in the wake of a highly bleak reality.

As described in my last article, I would much rather remain in a state of idealistic openness to possibilities, relationships, and values (NF).  However, in this ‘Rival’ state, a more pragmatic and hyper-realistic focus enters the foreground.

I become a strong believer that you have to “meet the problem at the level of the problem”, and that metaphysical, spiritual, or any ‘pie in the sky’ solutions will simply not work when you are dealing with concrete day-to-day issues. I become more skeptical of feelings, visions, and higher possibilities and would rather have a highly direct, detailed, and focused approach to solving core problems.

At the same time, it should be noted that my morale and my excitement has substantially dropped, and everything becomes a worst-case scenario to actively troubleshoot by common sense methods. Nothing else will do.  It becomes nearly impossible to fascinate me and to make me smile, laugh, etc.

I simply don’t want to deal with soft emotions/feelings or with any measure of false idealism or optimism that in this state will almost always let me down.  I just want the hardcore truth, dammit!  And yes, the whole truth and nothing but the truth.  Everything else is complete and utter BS!

‘Hero’ and ‘Rival’….A play of opposites

The stark contrast between this ‘Rival’ state and the ‘Hero’ subtype should be quite apparent, as I have described it.  In fact, as stated above, these two states are represented by opposing types (which result in opposing energies).  One represents our light and the other, our darkness.  Recognizing both our light and our dark will aid us in a general awareness of the range of attitudes and behaviors that we can readily exhibit.

The Hero-Rival dichotomy represents one set of opposite archetypes that has been described in Neojungian typology.  However, it is not the only set that we have.  One can potentially claim that we have an infinite number of opposing poles within the psyche. However, within this particular typology, three other sets of opposing vantage points have been elucidated.  One of these three sets, the Mentor-Sidekick dichotomy, will be explored next… 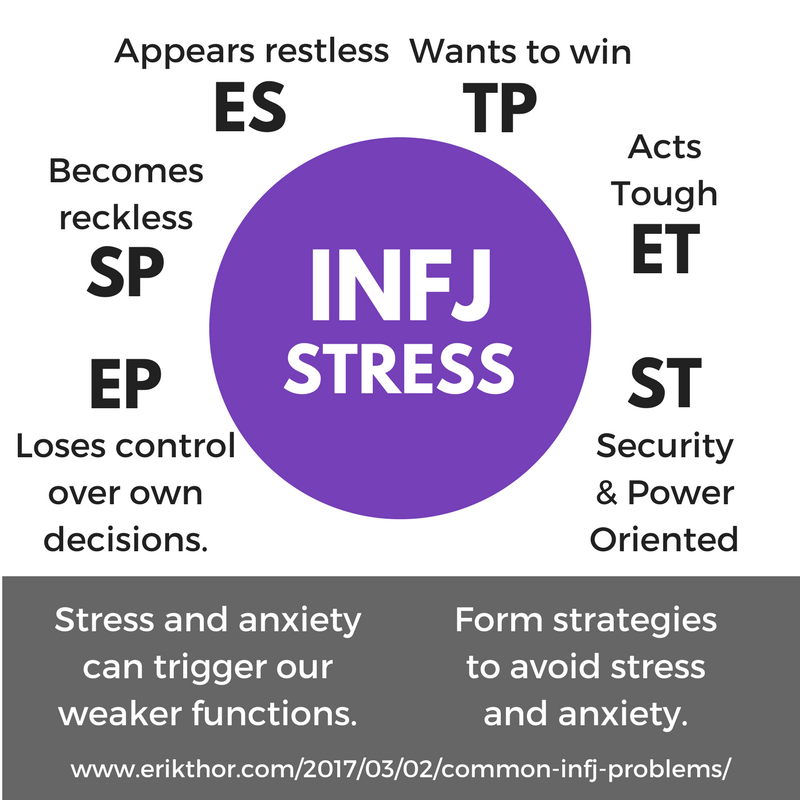 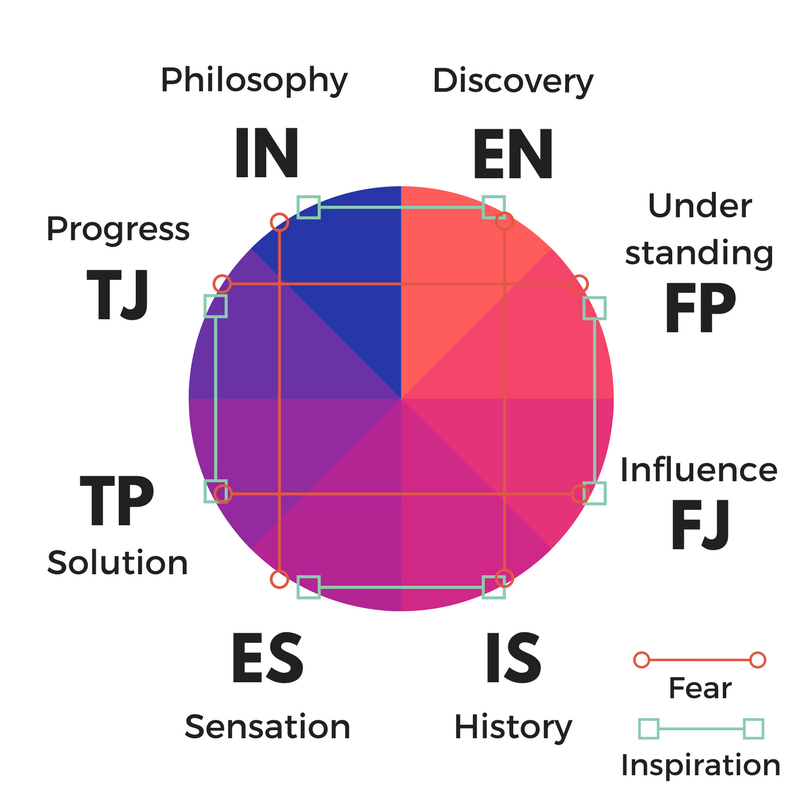 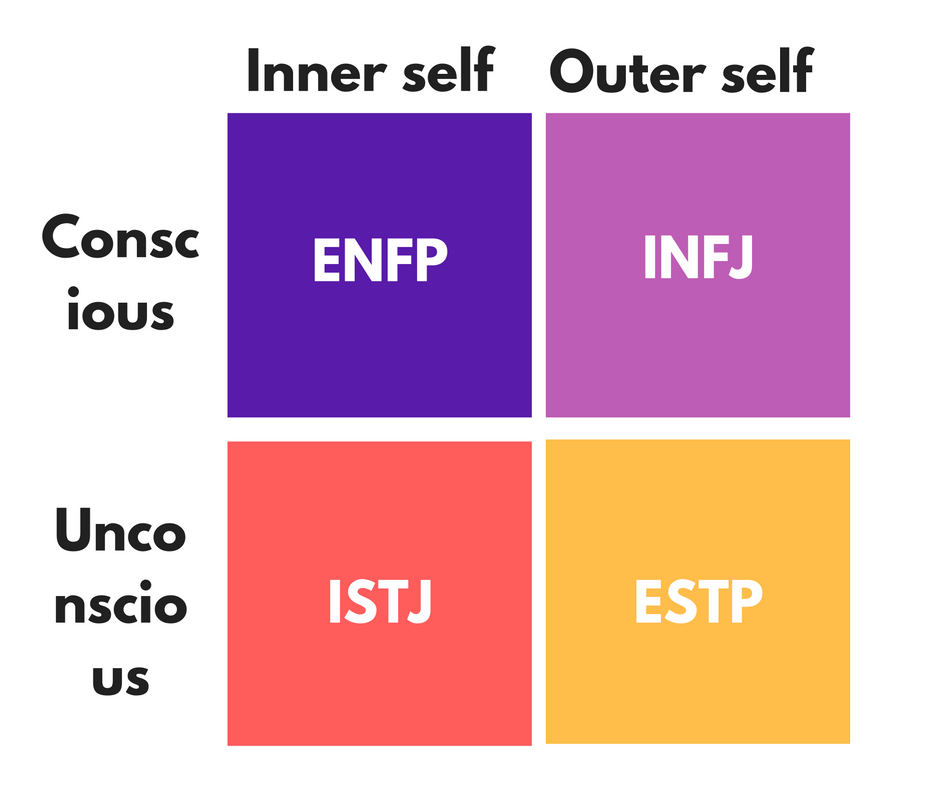