15 Big Differences Between INFJs and INFPs 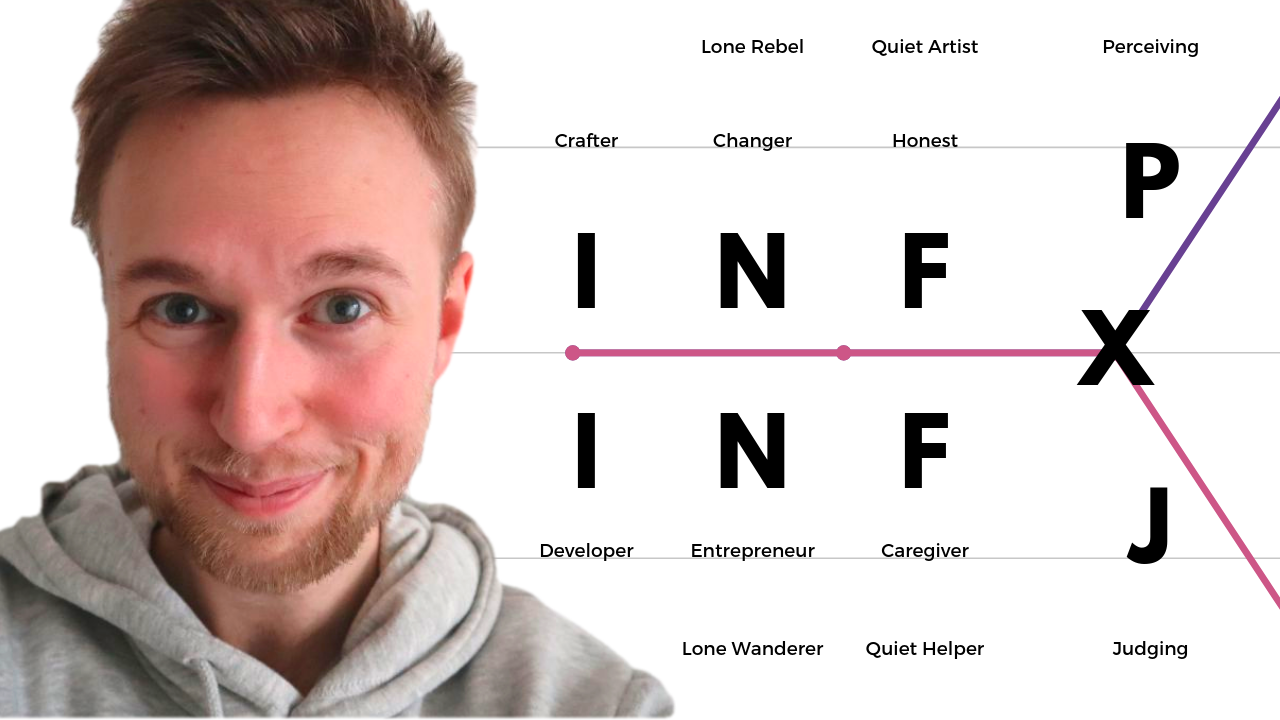 ONE VIDEO TO END THE DISCUSSION ONCE AND FOR ALL. Or at least try.

INFJ vs INFP. INFP or INFJ. Which one are you? You took the INFJ vs INFP test online, but you got 50% on both. And then you read some articles, but you related to both types. Okay, you studied the cognitive functions, but you couldn’t tell which one you used more. God damnit. Are you an INFP or INFJ?

Can’t figure this one out? Go out and do stuff. Get out of your head for a bit and actually run some experiments. You’ll figure it out, no worries.

INFJ Temperament: The Developer — the archetype of someone trying to remake and shape the world in accordance with their own image and ideals. You think the world should be organised and changed and remade somehow. You want to create something original that has not been there before.
INFP Temperament: The Analyst – think of somebody that studies the world based on how it aligns with their own values. The world is a place to be thought about and reasoned with. The world can be fixed and improved and made better. You have suggestions and advice and ideas that can help others.

INFJs vs INFPs in stress

Remember, there is a difference between being bad at something and not being able to do something. The INFJ can rise beyond this if they want to. If you’re not able to deal with this at all, that is a sign of some kind of cognitive disability or impairment, or possibly a trauma.

INFJ vs INFP in Growth

The INFJ in growth? At their best, and through support and encouragement, they will be open to options and trying new things. They’ll keep an open eye. But as soon as the weather around them starts to change, they will become anxious and start to pull back where the INFP would persevere.

Sure, the INFP can be very caring and supportive and wants to be a good friend, but if the INFP starts feeling screwed over or manipulated, they’ll be scared and pull back. Yeah, they can sometimes show visionary drive, but as soon as that vision starts to hit a dead end or they lose their momentum, they’ll start spotting a cute butterfly and get lost.

In short, INFPs and INFJs tend to idealise each others.