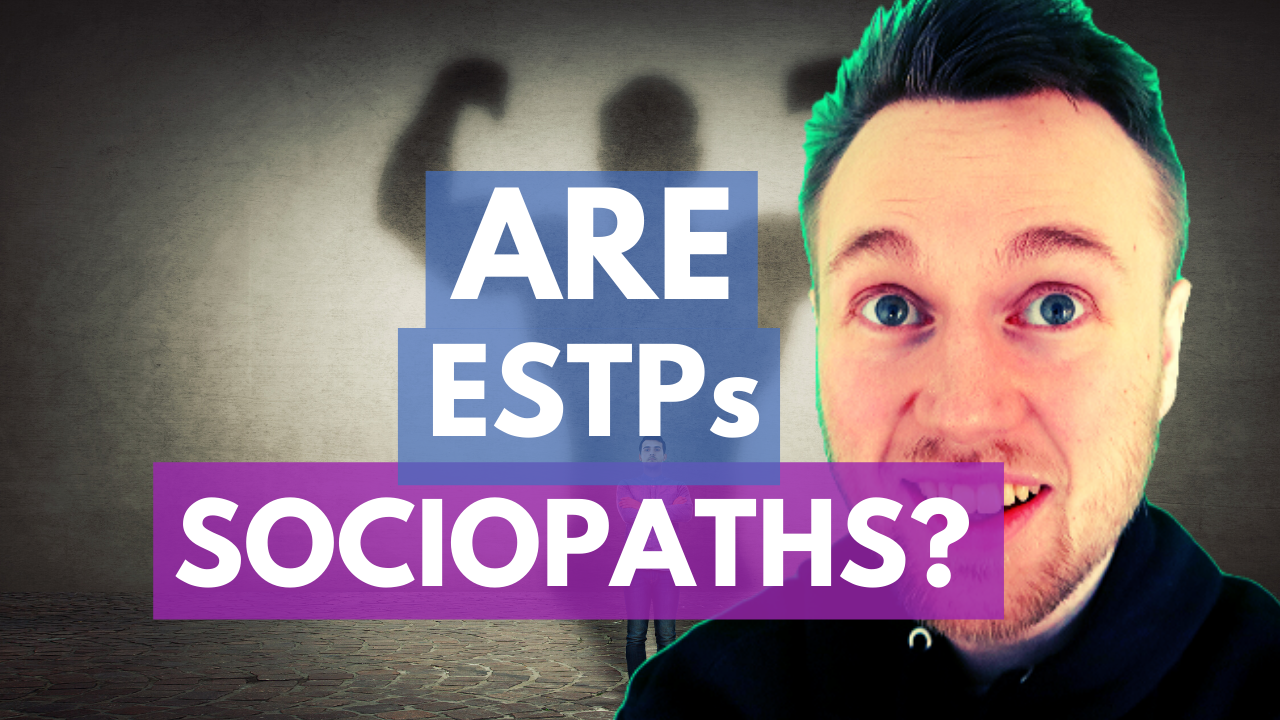 The ESTP personality type is sometimes misunderstood as unempathetic or uncaring. This is an ESTP stereotype. While INFJs tend to become unusually cold during stress, ESTPs tend to be some of the most empathetic and sensitive to human needs during stress and anxiety.

This usually makes the ESTP ideally suited for a career as a firefighter. ESTPs are some of the personality types that will put their own interests aside to help people during difficult times and stressful situations. They often enjoy the idea of being the hero throwing themselves into the fire and being strong when nobody else dares to show strength.

Contrary to some ESTP Stereotypes, ESTPs are not aggressive types and do not tend to be bullies. They rarely fight back unless they have been provoked and will generally leave you to your own accord. They prefer to observe and read and go off the vibes they receive from other people. That means, if an ESTP does turn on you, consider what you did to escalate the situation, too. This is one reason for why I don’t normally consider Donald Trump to be an ESTP, but rather more likely, an ENTJ or ESTJ personality type.

Famous Coach and motivational speaker Tony Robbins is often typed as an ESTP. Many find ESTPs incredibly motivating to be around. ESTPs are often more understanding than people expect. Just like INFJs can tune into a quiet strength in their empathy, ESTPs are able to, through hard work and self-development, develop an extraordinary understanding of the human psyche.

ESTPs respect people for their individual strength and independence and will trust in your strength more than any other type. While other people may be quick to jump in when you stumble, the ESTP will trust that you can get back up yourself. The ESTP might even think it is rude or cruel to interfere in your process.

At first, this might be hard to understand. How could it be unkind to help another person? But when you think about it more deeply, it does have a sense to it. To help another person can also be to call that person stupid or weak. It can be an insinuation that the other person is not capable of caring for themselves. And that’s how it is seen to the ESTP. Only in an absolute crisis will you see how much the ESTP truly cares. They will leave you to figure things out yourself. But if you really do hit rock bottom, they’ll be there to get you out of the situation.

ESTPs Want To Seem Strong Even When They Aren’t

This is also why the ESTP is unlikely to call on your help. To ask for your help or care would mean to admit to weakness or to not being independent enough. So do ESTPs have empathy? Yes, in the sense that they won’t let themselves weigh on your conscience. They won’t ask for your pity, and they won’t play your victim. They will not make you worry about them, and they’ll do their best to show you that they can get out of any situation on their own.

Only to the very closest, will the ESTP admit to feelings of weakness or hidden sensitivities. They will however reassure you that they do not need or want any help and that they are fully capable of getting out of the situation on their own.

Are you an ESTP, how do you experience empathy as an ESTP, and what do you think about ESTPs?

Truity on the ESTP Personality Type